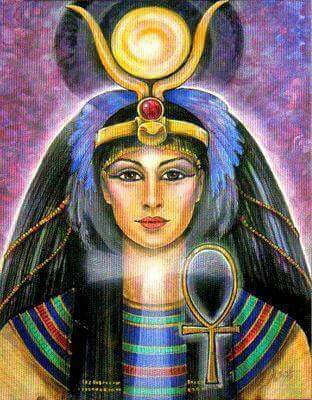 Earth is expanding. Consciousness is expanding. In some cases this relates to events on your planet, and in others, to moving beyond what has held you during this and other lifetimes. Often, events of magnitude do this, for you are suddenly taken out of the regular perceptions you have and foisted into another … such as hurricanes, wars, accidents and other larger events of the time.

The one of significance I would like to mention is the ‘Me, Too’ phenomena that has been taking place in your country right now. ‘Me, Too’, refers to those who have undergone some form of sexual contact which has been unwanted during your lifetime. The hundreds and thousands of women who have not been acknowledged in this regard have come to the surface and pledging to stay there. What the actual meaning of this is to release much of the abuse suffered over eons of time; not just this lifetime. It is also to bring up unsavory behavior contained in those perpetrating such advances and/or crimes. The consciousness bubble has expanded enough that this is now an included topic, and certainly one many wish would go away. That is not the case.

I am a part of the energy to be seeded in greater measure upon this earth, for I have long been a part of it. Yet there are times when such an energy cannot easily come through, because when it does, it is interrupted by another action, misinterpreted or mismanaged by others who feel that they have a right to help themselves to it. I am not one to bring forth energy simply for the taking, without consideration nor acknowledgement.

In coming forth now in this regard, it is important to see the overall configuration has been a mismanagement of power and forces for thousands of years. One tends to think of this in terms of war and guns, or perhaps political powers of one sort or another ruling over mankind. Yet it has been the Divine Feminine which has taken the greatest toll. Did you know this? Can you imagine the many woman who have utilized their bodies in some form of abuse to maintain a livelihood to merely stay alive? Or to feed their children? Or to expand their hearts in some way not possible otherwise?

No, I think not. And what I am seeking now is for the reflections to mirror in a large scale what has happened to the Divine aspects of being. Of course there are many things which have curtailed the light on your planet and this is but one. Yet it is a large one, and anyone seeking to hold some balance between the masculine and feminine energies is filled with past upsets, trifles, pain or suffering in this regard which cannot be balanced until it is released or at the very least, acknowledged. You will see ahead a time in which some battles will come to the surface over this. Reckoning is not on everyone’s mind, especially those who have misused their strength or position or perhaps money to hold down another with little to counter.

Now we sit in a time where the deafening sounds of life are coming forth, often with sounds that do not bear witness to love. Find within your being the way to place your hearts open once again and to live in the trust that these days of abuse will become a bygone era. Yes, it will take time. No, not all are ready to face what’s ahead. And yes, it will come regardless.

Faith in who and what you are, all who carry the Divine Feminine, which includes men, will have to find the balance within and remove those configurations which block the truth of being. I am witness to abuse, and allow for a greater expression to spread forth and keep those of you in harm’s way or remember it, free and protected from the divisiveness which has overtaken the land.