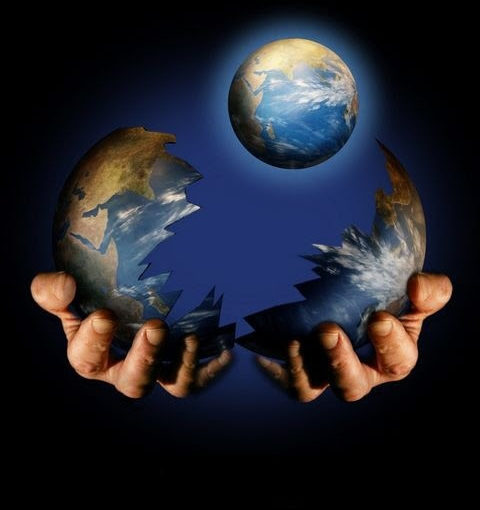 Blessings to the Earth,

It is important now for people to begin learning to work inwardly for many of the answers to situations which will or can be occurring ahead. The time of depending on government or certain persons in roles of responsibility may be unable to fulfil tasks normally embraced or expected. We are entering a time, which you are able to see in Puerto Rico, in which mankind is going to start serving and supporting each other, rather than look to this one or that to fix or repair or finalize something needing to be done. A whole new system will need to come into being.

Many of you have considered and thought of the ‘new earth’ and what that would mean, but it often is unclear as to what that vision should be:

Love – yes.
Respect – yes.
Refinement of purpose and mission – yes.
And even freedom so often taken for granted – yes.

But not all the ways to create such community are seen now, especially when life has been so dependent upon money, education or lack thereof, competition and of course, success. Now there will need to be a gentler perspective forthcoming for many have undergone enough difficulties that they are leaving behind some of the finer attributes of these things and seeking instead, to find safety, comfort, support, friendship, community and even survival. As these so-called ‘lesser qualities’ rise to the surface, there will be a shifting of the sands.

Many who have sought other options will find the road is less dense than it has been; that working through life has other levels of consideration than those which worked before, and a level of compassion starts to prevail over many other conditions serving mankind today. It will ease tensions among citizens, while creating more of them with governments or situations which have been standard in your world as a given.

This is not to say that new plans and creations are not in the works or have not been conceived of before, but this has been to a much lesser extent. Now the time will begin to open to a much larger vision and purpose for the way people embrace life on this plane. Many of these ideas, thoughts, visions and creations come through those of you who work more closely with the inner planes whether through dreams or meditation or creative action.

Those who have held the reins, so to speak, in your world through governmental positions, laws, security, measures of enforcement, corporate interests, and money to name a few, will find the rules and refinements of this slipping away. And instead, there will come into being a newer time where each individual finds his or her worth in a world ahead. It will be a world where people are not fractionalized to marginalize one group or another to favor hidden purposes by those holding the strings. No, there will be an evening out of humanity, or at least the early traces of this, which will take time to benefit mankind. But the overall interest of this higher agenda is to put forth a new concept for man; that each has been created with the intention of purpose and meaning of life. Not to serve in the sense of servitude or minority status, but to equate to a life where equality is present.

This will take a great deal of exposure to various situations for such a level to come into being. But now the start has come. The time has come. The love is extended from All That Is and you are included in the entirely given. Yet within your being, this becomes known, for what you see without will surely provide questions, and perhaps, at times, great doubt. Learn to hear the inner voice and follow that path given; it will serve you well and you become the forbearers for the new beginnings. It is with much love these words are tendered today.